What is Human Trafficking?

Human trafficking occurs on an international, national, and local level. Whether you live in a small town or a large city, human trafficking can be happening in your own back yard or apartment building.

Human trafficking uses force, fraud, and/or coercion for the purpose of sexual exploitation or forced labor. Contrary to popular belief, as defined by law, human trafficking does not necessarily involve moving people across borders. There are many millions of victims worldwide with estimates of 600,000 to 800,000 people being trafficked in the U.S. alone.

Traffickers are able to exploit their victims through different types of human slavery such as; sex work, forced labor, or organ removal and selling. Sex trafficking, in particular, is a multi-billion dollar industry, where the world is its market. Human beings who are trafficked get treated as disposable, humans become comparable to raw material that can be bought and/or sold. 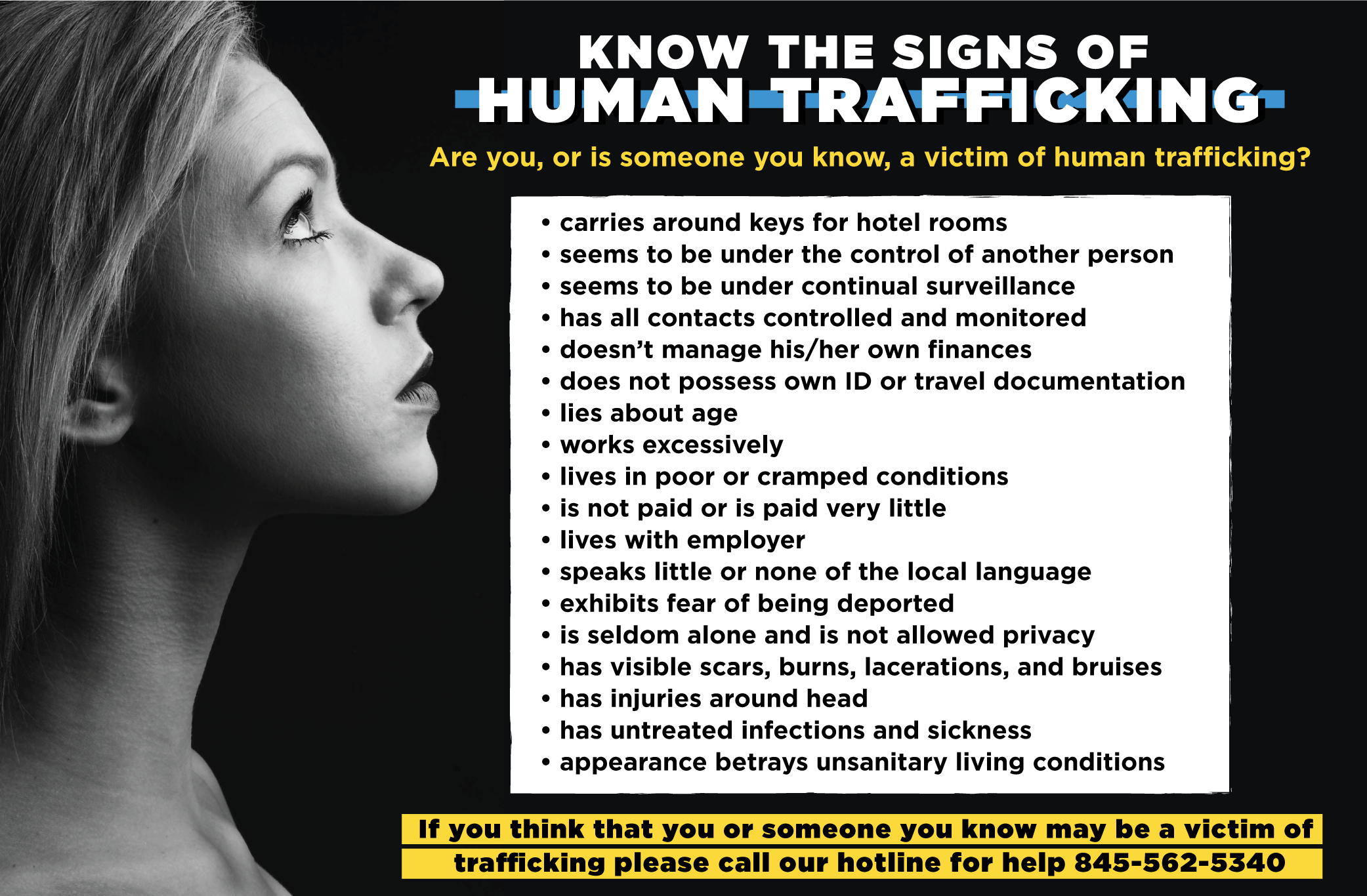 Who Are the Victims?

Human Trafficking is a hidden crime and greatly under-reported. Within the U.S., women, men, and children fall prey to traffickers who often threaten their lives and those of their families and isolate victims making it impossible for them to escape. Many victims trafficked in the U.S. do not speak or understand English and are unable to communicate to ask for help.

Sex Trafficking: Victims of sex trafficking can be found working in massage parlors, brothels, strip clubs, escort services, and on the streets. They are often children or teenagers lured by false promises and, ultimately, forced into prostitution.

Labor Trafficking: Victims of labor trafficking can be found in both domestic and non-domestic situations, in various jobs, such as; nanny and maids, in factories, janitorial jobs, restaurants, hair and nail salons, in street sales, and on farms and construction sites. The victims are trapped into a cycle of debt, forced into involuntary servitude, debt bondage and slavery.

Minors: More than 50% of victims worldwide are estimated to be under the age of 18.  Under U.S. law, any person under 18 involved in the commercial sex industry is considered a Human Trafficking victim.

Recognizing the Signs of Human Trafficking. Are you, or is someone you know, a victim of human trafficking?

PLEASE, REPORT ANY SUSPICION OF AN EXPLOITIVE SITUATION.

If you think that you or someone you know may be a victim of trafficking, please call our confidential 24-hour hotline at 845-562-5340.